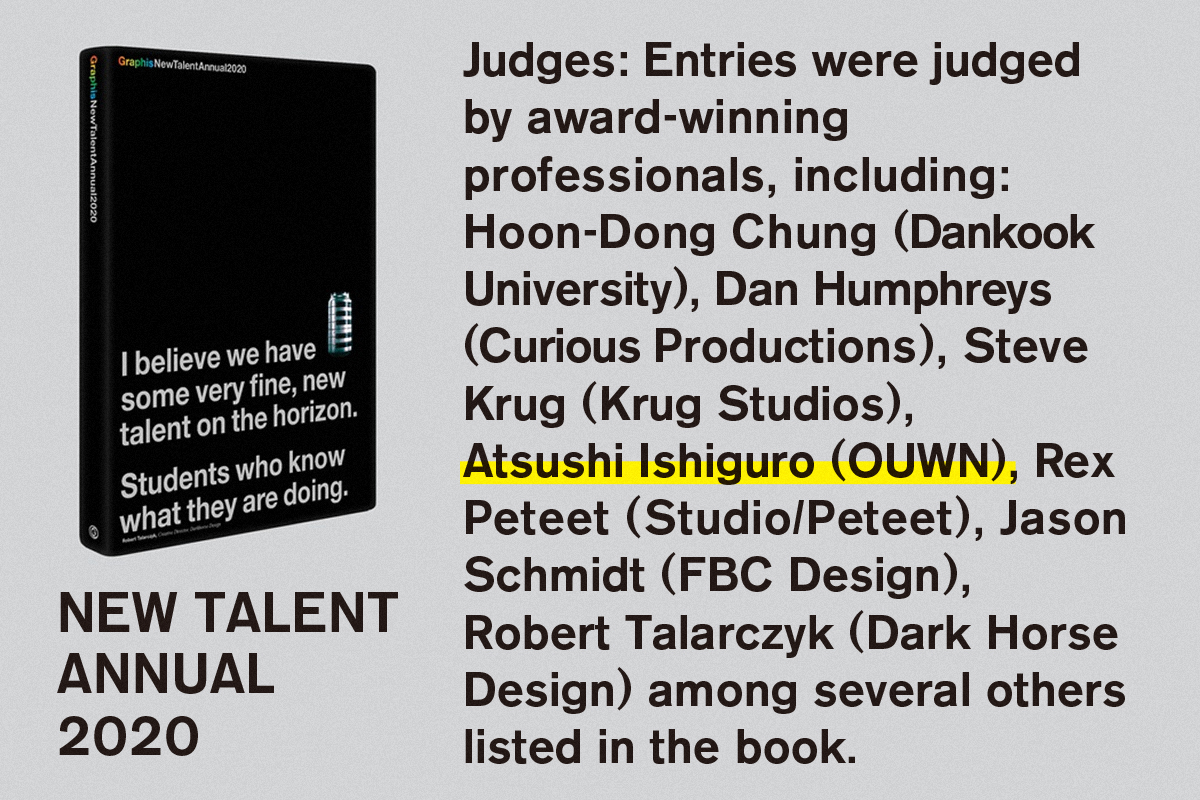 Graphis Magazine was first published in Zurich, Switzerland in 1944 and later relocated to New York City as Graphis. It has a long and distinguished history as an international organization that has created a range of design awards and that presents award-winning works from 1944 to the present in digital and print formats.
Ishiguro from our company served as a judge at this year’s NEW TALENT ANNUAL 2020, which is an international award.
He had a glimpse into new explorations and new discoveries, which was invigorating for us as well.